Natasha Spokish, otherwise known as Bindi Smalls has her own twist on costume design from from the majority of Cosplayers out there. While many great designers opt for foam crafting, sewing, or leather working, she put her time and effort into 3D Printing and truly took what was possible to another level. She was one of the early Lulzbot employees and had an idea for an amazing Halloween costume. What started as a labor of love with her only printer at the time transitioned into fully 3D printed costumes and a career in Cosplay.

Initially beginning with a single Lulzbot Taz 4 and experimenting with PLA, her designs and ambition increased dramatically. Becoming a master with PLA over the course of several thousand hours of design and printing time under her, she slowly grew her lab from the single Taz 4 to 9 total printers. Over the years, she has modified her entire fleet of printers, upgrading extruders, maker frame improvements, and changing fans to accommodate her large scale designs and added a DLP printer for finer quality small prints. 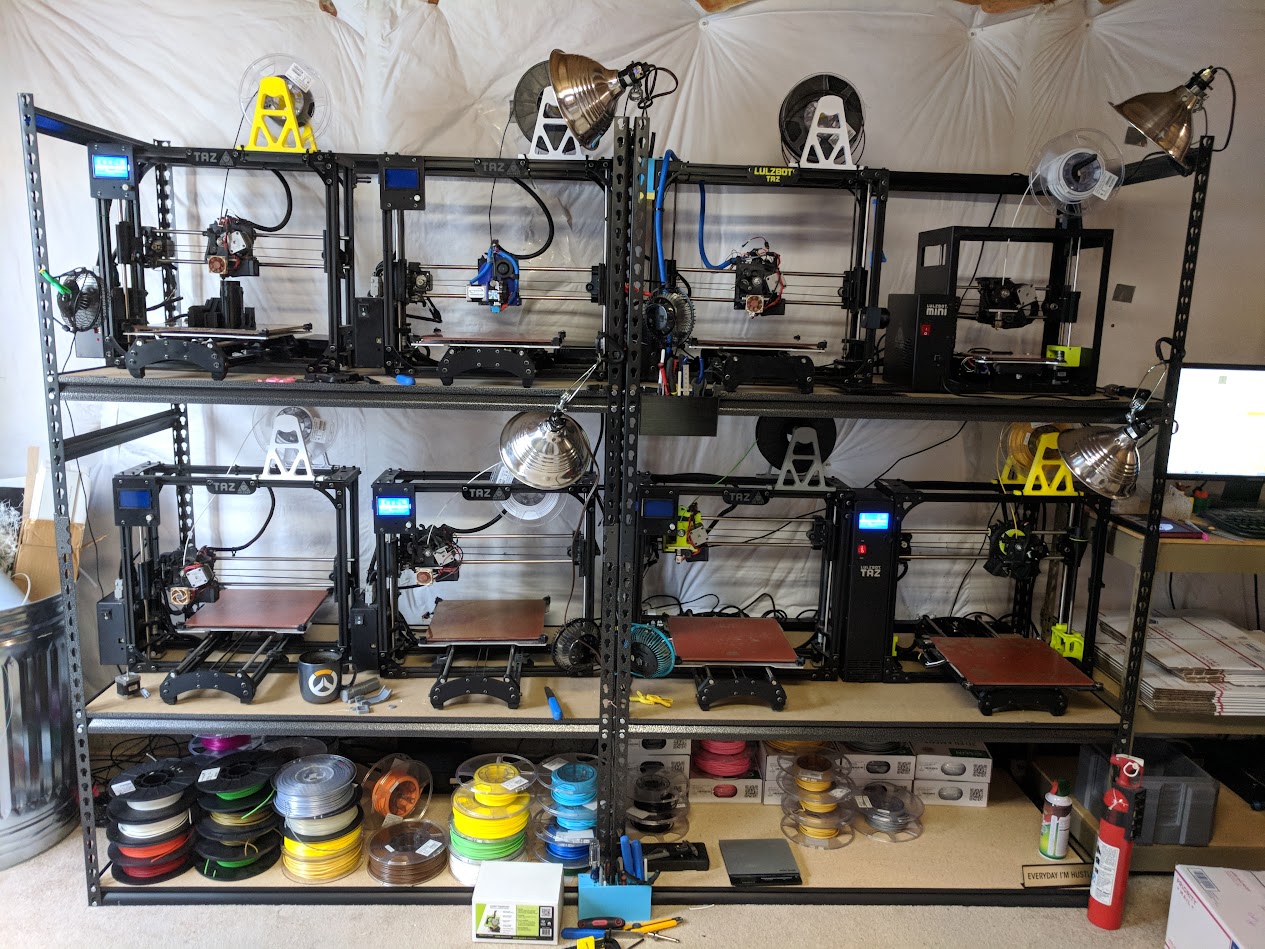 Natasha takes great pride in improving efficiency and precision. Thanks to a wider array of materials available, comfort became a new prerequisite into her arsenal. She found a love and an amazing purpose for Ninjaflex Material and now does most of her prints with the light and bendable material. Creating a 3D printed costume is never easy and they’re usually heavy and rigid. Now, her costumes are a lot easier to wear and have more durability (especially while traveling and long days of standing) thanks to Ninja Flex’s material properties.

Natasha first learned to design in Blender and several hundred hours of practice translated into her teaching herself how to create complex models and assemblies which she uses to make prints as large as 4 feet. Her Nova Costume took well over 500 hours (roughly 21 days) between its design and printing.

The first time I was personally introduced to 3D Printing in Cosplay and Natasha, was at Blizzcon 2015. Up until this point, I was mostly printing in characters from League of Legends and World of Warcraft, but that was the extent that I had seen 3D Prints in my favorite Genre.

When I met her, I immediately recognized that I was speaking with a brilliant designer and an engineer and my jaw hit the floor. At first glance, I had no idea her Nova Costume was 3D Printed. The level of painting, sanding and fit was unlike anything I’d ever seen on a plastics based printer. I had seen large prints before and heavy assemblies at the industrial level but never had I seen such an incredible design from a person at their home lab.

Since 2015,  She has gone on to create several amazing costumes like Tracer from Overwatch and Gwen from Embers of War. She does her own design streams over on caffeine.tv and you can always see what she's making next on twitter and instagram @bindismalls.